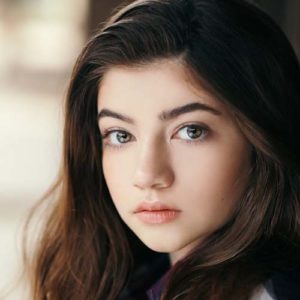 Samantha signed with an agent and manager in Los Angeles after taking classes at AOS and attending Talent Inc. She has booked several feature films and 4 national commercials and guest starred on several TV series including Blood Relatives, and Fresh Off the Boat, and a couple of series on DreamworksTV. She sings and performs regularly at events in the Los Angeles area as well as being selected as the opening act for the Rock Your Hair concert. She recently joined a band as a co-lead vocalist in LA. She was also recently nominated by the Young Entertainer Awards which will be held in Hollywood for best lead actress for a short film directed by fellow AOS alum, Holden Scott.
-Kendra Gangal (Samantha’s Mom), AOS Parent