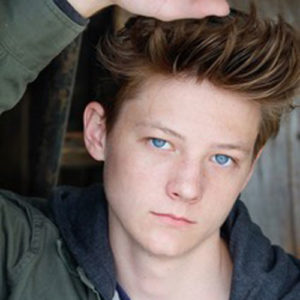 Matthew went out to LA to meet with agents and managers. He had 9 meetings and all 9 offered him representation on the spot. He signed with Milton Perea, AEFH Talent and Danielle Lenniger, Luber-Roklin Management. That summer Matthew booked a student film, a regional commercial and a National Commercial for “GameFly” – a video game service like Netflix.  After the summer of 2016, Matthew went back to NC to start high school, but the second semester we moved to LA for him to continue auditioning. He booked 2 more student films, a Disney Summer of Service Commercial, a Children’s Hospital Commercial and was a featured extra on Modern Family. He has auditioned for a lot of great roles, received call-backs and made it to producer sessions. He’s told us he’s never leaving LA. He’s found his place.
-Marion White (Matthew’s Mom), AOS Parent

And Yet They Speak, Max and Me, Until Then, Saving Lucas, Shoe Kid Stick