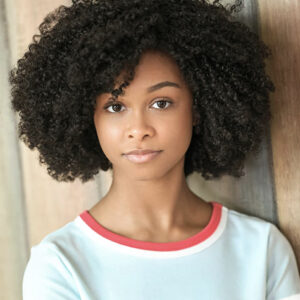 Brianna is a 14yr old who fell in love with the art of performing at the age of 9 after attending summer camp at Acting Out Studio. After three years of acting and improv classes, she attended Talent Inc in March 2016. She signed with AEFH in Los Angeles a short time after the event. In Aug 2016 Brianna and her family moved to Los Angeles, 5 days before she she landed her first role on Hulu’s, The Mindy Project where she played Mindy’s stepdaughter. She then went on to book Disney’s Ravens Home and Nickelodeon’s Nicky, Ricky, Dicky & Dawn. Most recently Brianna appeared in Netflix’s Best, Worst Weekend Ever and the hit show This is Us. Brianna has been cast in commercial spots for Orbeez, Nintendo, Walmart, Comcast, and Boost Mobile. Brianna was the VIP Guest at Talent Inc March 2019 where she shared her journey and how it all began at Acting Out Studio. We still can’t believe this is our life!
–Vanessa Reed (Brianna’s Mom), AOS Parent

The Mindy Project, Nicky, Ricky, Dicky, and Dawn, Raven’s Home, The Best Worst Weekend Ever, This is Us, Alive in Denver, A Kid Called Mayonnaise