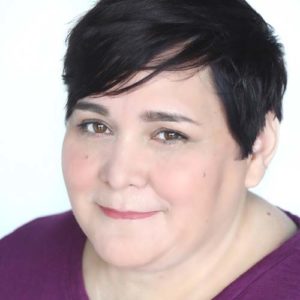 Karla Dingle has spent her life on the stage. She began taking theater classes at age 5 and continued to study acting until receiving her Bachelor’s Degree from the University of Georgia in Theater in 1998. Karla began performing improv in Charlotte in 2009 and continues to educate herself through workshops and classes at Second City, Hoopla, The Groundlings and more.

Karla serves as the Improv Director at Acting Out Studio and is also the Education Director with the Queen City Comedy’s Global Improv Project which connects improvisers worldwide. As a guest teacher at Impro Fest Ireland, the Vintage Improv Festival, Highwire Improv, Liverpool Comedy Improv and Improv Comedy Bangalore, Karla has instructed students from Peru, Israel, India, Canada, Mexico, Bulgaria, South Africa, the Philippines and beyond.

Karla’s students have been featured in commercial campaigns for CVS, Lending Tree, Food Lion, Atrium Healthcare and more. Additionally, her students have filmed feature films for Netflix, the Roku Channel and Amazon Prime as well as television series and voiceover work.