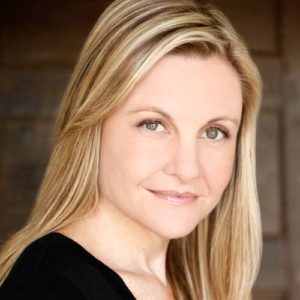 Owner/Founder of Acting Out Studio

Founder of Acting Out Studio, Kamber brings over 20 years as an actress and over 10 years of training actors and guiding them through the business of acting. Kamber has established herself as an Award Winning studio for film and TV coaching in 3 locations. Originally from California and the first home of Acting Out Studio, Kamber started teaching acting so that she could bring her passion for acting to her students. Kamber teaches and consults actors and instills in them that becoming an actor is a journey and to enjoy and embrace every moment of it. Kamber’s students have been in many projects including Baby Driver, Bad Mom’s Christmas, Father Figures, Kilroy Was Here, Same Kind of Different as Me, Cold in July, Trumbo, Insidious: The Last Key, Wish Man, Allegiant ,The Week Of, Cobra Kai, Dark Waters, Modern Family, The Mindy Project, Vampire Diaries, Nicky Ricky Dicky and Dawn, The Thundermans, Mighty Med, Austin and Ally, School of Rock, Dark Waters, Homeland, The Mentalist, and many more. She could not be more proud of her actors and what they have accomplished through Acting Out Studio.