ALL ROADS LEAD TO POLITICS 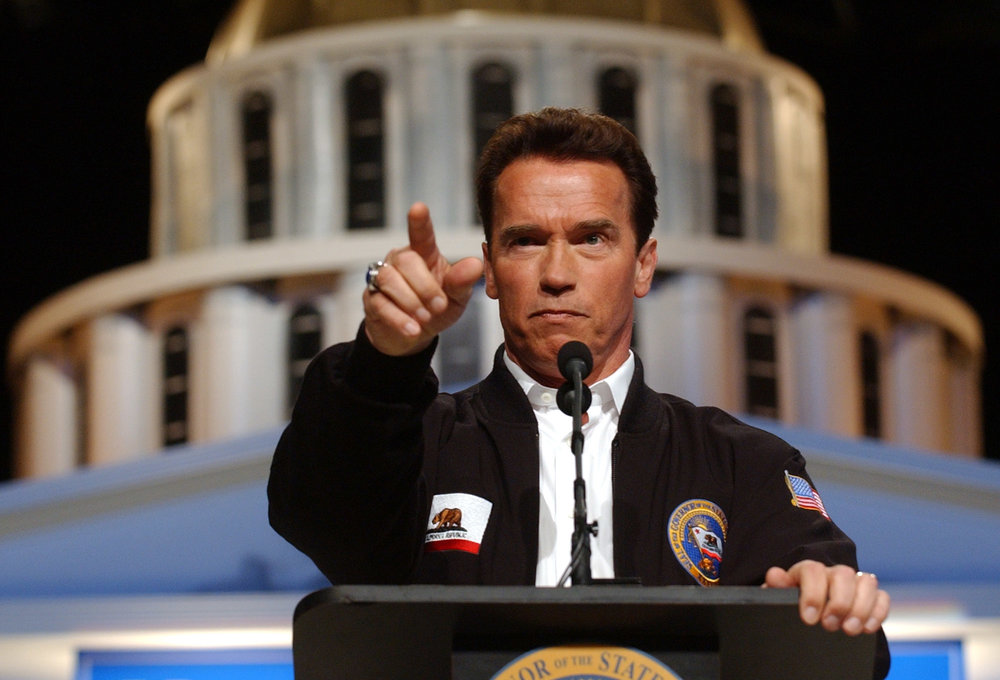 Not all politicians start on their career paths to D.C. right away. Not even our current president thought he’d end up in the White House when he first began building his business. Politicians can come from all kinds of backgrounds, but the one you’re probably most interested in is acting, right? Well you’re in luck. Plenty of politicians got their start in acting. We’ll take a look at a few and, in honor of Presidents Day, highlight the only known president to make the metaphorical trip from Hollywood.

Arnold Schwarzenegger- Originally from Austria, Schwarzenegger hit it big time in Hollywood, quickly making a name for himself in the land of the free and the home of the brave. The ex-bodybuilder turned actor got his start in the 70’s playing a version of Hercules. Though we’re not sure if he’ll ever BE BACK on the big screen, his shift to politics earned him the title of Governor of California for two terms.

Shirley Temple (Black)- We’re all still kind of surprised that Shirley Temple grew up. After starring in loads of family films in the 50’s, Temple put away her tap shoes and developed an interest in foreign policy, eventually being named U.S. Ambassador to Czechoslovakia.

Melissa Gilbert- Forever the buck-toothed prairie girl in our hearts, Gilbert ran for Congress this past election representing the Democratic Party in Michigan. Unfortunately, the former Laura Ingalls actress dropped out of the race due to health issues. Maybe next time, Laura!

**Ronald Reagan**- Our final politician! Reagan is the only president that we know to have been an actor. The Illinois native moved to California in 1937 to pursue his acting career. After landing a few small gigs, he landed a seven-year contract with Warner Brothers Studios. He starred in over 50 Hollywood films and numerous television shows over his career, and also served in the U.S. Army Air Force’s Motion Picture Unit. He eventually even became the President… of the Screen Actors Guild for seven terms. Reagan was elected Governor of California in 1966 and after serving two terms began running for President representing the Republican Party. After two unsuccessful campaigns, Reagan finally became President of the United States in 1981. He left office in 1989, with one of the highest approval ratings in history.

Thanks for the read! Click here to learn about more actors that turned to politics!