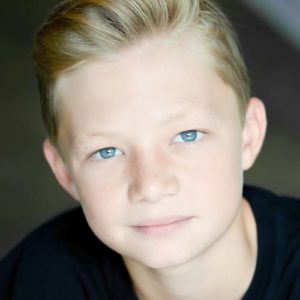 Ian Schroeder was new to the world of acting when he attended Talent Inc. March 2017 Ian had a strong passion to act and we were not sure in what direction to go in.  Kamber met with us one on one and and invited Ian to attend Talent Inc. Ian attended Talent Inc. 2017 and competed against hundreds of trained actors & models. The shock continued when Ian won Overall Child Actor!  Ian was the happiest I have ever seen him. That accomplishment along with his master acting classes & his time with EB and the Lemonade Stand has given Ian so much confidence. He signed with Evolution Talent & upon returning from Talent Inc. and has been auditioning for movies, series, & commercials on a regular basis.  He has obtained a role in a Carowinds commercial and also a commercial for Republic Wireless. Talent Inc. has been such a blessing to us! All of the instructors have been outstanding and such a support to Ian!
–Monica Schroeder (Ian’s Mom), AOS Parent