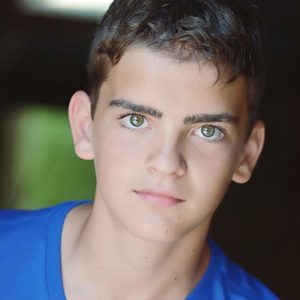 Chris started taking classes at Acting Out Studio when he was 8 yrs old. It opened a whole new world to him. The acting classes gave Chris a very strong foundation in the industry, and he was able to confidently walk into auditions and book several commercial and short film jobs. The film program introduced Chris to the world of not just acting but filmmaking. He has gone on to direct and produce his own short films, and last year he booked a major role in the feature film Wish Man. The footage from his AOS films opened many doors for him, and the experience he got on the AOS film sets made him look like a seasoned professional while on the set of Wish Man. He has received many accolades on his professionalism while on set, and much of it is due to the preparation that he received at AOS. Thank you AOS for teaching him, guiding him and supporting him as he navigates this crazy business!!
-Elisa Day (Chris’s Mom), AOS Parent