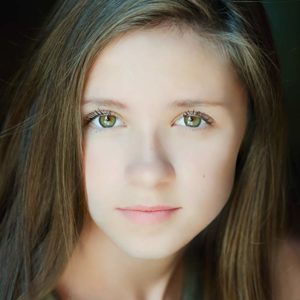 Charlotte took some acting classes with AOS in Lake Norman but later auditioned for Talent Inc. She made it and though it is expensive, for her it was very worthwhile. She gained a lot of training through AOS in preparation and was exposed to EB for improv which has turned into her passion.  Going thru Talent Inc. experience in Orlando and meeting the agents, gave her so much confidence it was incredible. She really enjoyed it and we ended up meeting with 13 agents. She met a handful in NY and signed with 3 there and met with 2 in Charlotte and signed with Evolution for the Southeast.Charlotte has done short films, TV episodes, photo double work and commercials as well as print jobs. She has gained first hand exposure​ to directing, production work and behind the scene experiences in addition to being on camera. Most of all, we love all the amazing people we have met in the industry.
– Andrea Tembath (Charlotte’s Mom), AOS Parent