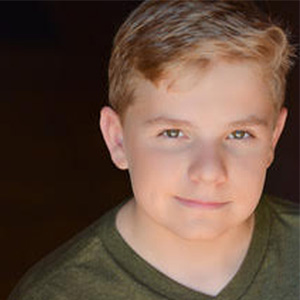 Brogan attended Talent Inc. with Acting Out Studio when he was just 5 years old and won Overall Child Actor.  We had no experience in the entertainment business and had no idea what to expect. We were thrilled to see the guidance & education, the positive energy & encouragement through the entire program. The journey to prepare for Talent, Inc. included hands on training for stage presence, acting for the camera, character development, script analysis and so much more.  At the event itself, we had the opportunity to attend parent education sessions to learn more about the business and can remember the anticipation of watching the kids perform monologues, commercials and showcase their talents as if was yesterday. Brogan had the time of his life but little did we know what lied ahead. Because of Talent, Inc., he has representation in North Carolina, Georgia & California and has starred in seven movies (two set to release in 2019), two TV shows and a dozen commercials. He has worked on films with Michael C Hall, Don Johnson, the late Sam Shepard, Ansel Elgort, Jamie Foxx, John Hamm, John McGinley and Garret Dillahunt. He has sung our National Anthem at most every amateur and pro sporting event in Charlotte including the Panthers!  He has appeared on Fox News several times. Brogan takes voice, acting and dance lessons to stay focused on his craft and absolutely LOVES the opportunities he’s been afforded following his experience at Talent Inc.!! Thank you Talent Inc. for preparing us so well and for opening the door!
–Bryan and Brenda Hall (Brogan’s Parents), AOS Parents

Kilroy was Here, Sydney to the Max, Terror in the Woods, Benched, Baby Driver, Cold in July, Ernie and Cerbie

Brogan landed a lead role in the film “Cold in July” starring opposite Michael C. Hall, Sam Shepard and Vinessa Shaw when he was 6 years old. His short stature has enabled him to be cast to play much younger roles in his career. The short film, The Hideout, which he played a lead role, swept the SonScreen Film Festival, taking home Best Dramatic Short, Best Cinematography, Audience Choice Award and Best in Fest. His other theatrical work includes a lead role in “Rounding Third”, a lead role in “Ernie and Cerbie” and a supporting role in the hit “Baby Driver” starring opposite Ansel Elgort and Kevin Spacey.

In addition to acting, Brogan is an avid singer and dancer. He has performed the National Anthem at the UNC Charlotte 49ers, the Charlotte Hornets, the Charlotte Knights and in the fall the Carolina Panthers. He has taken tap dancing lessons since he was 4 years old and hip hop since he was 8.