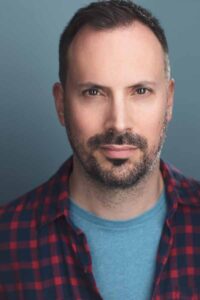 William recently moved to Charlotte from NYC with his wife and newborn baby. There, he worked professionally in film, television and theater for nearly 20 years, and studied with the likes of Bob Krakower, The Barrow Group and Robert McCaskill Studios. Originally from North Carolina, William knew at a young age that he wanted to pursue a career in the arts. He’s excited to bring his knowledge and experience to AOS, in the hopes of helping other young artists develop their skills. On stage, William appeared in the Off-Broadway production The Average Asian-American, Miss Saigon at Gateway Playhouse and he toured with Jesus Christ Superstar throughout Europe, in a production directed by Broadway veteran Baayork Lee. Television credits include The Blacklist, Westworld and One Tree Hill. On film, William appeared alongside Academy Award winner Melissa Leo in One Night and Tony Award winner Brian d’Arcy James in the recent Sundance film The Cathedral.