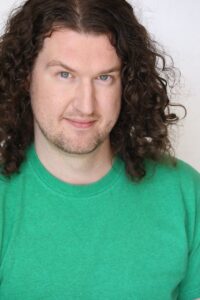 Daniel loves musical theater, technology, and playing video games. He incorporates all of this into his teaching making it fun, current, and talent building. Daniel received his degree in Music from UNC Charlotte in Music with a concentration in voice. While there he also took many dance and theater classes to bolster his craft. His acting instruction strives to find the truth in the script and how the actor connects his own experiences to the role.

Daniel has performed in New York City, Charlotte, Poland, and The United Kingdom. He has also taught private lessons in acting, voice and piano. Professional experience includes television, film, and theatrical credits. All while still studying his craft because he knows the importance of gaining more knowledge; which includes studies of multiple techniques of Meisner, Stanislavski, Boleslavski, Chubbuck and others. He incorporates these methods in his teaching to focus on the actor as a whole. Places he studied after his degree were Broadway Dance Center, Susan Batson Acting Studio, and Jeanette LoVetri director of The Voice Work-shop. Daniel strongly believes that we as artists are meant to use our craft to heal the world.