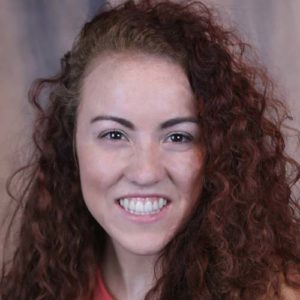 Brianna is a 23 year old Professional Artist with a Fine Arts Degree in Theatre and a minor in Humanities. She studied at Milligan College in Johnson City, TN. Since the age of eight she has been trained in Classical Italian studying and performing all over. She has been singing and focusing on a plethora of styles ranging from classical Italian, Broadway, pop, country, contemporary to Jazz. From a young age she has performed at venues including The Billy Graham Library, to the stage of NBC’s Studio show “The Winner Is in LA. Throughout her college career she performed with the Jonesborough Rep Theatre as well as apart of Theatre For Young Audiences around the tri- cities. She then traveled to Florida where she was hired as Character Performer at Walt Disney World. Her performance work has taken her overseas to the county of Australia.  With her background skills in Theatre, Beginners Ballroom Styles and Vocal Training/Performance she is able to WOW the audience with her vocals, stage presence and her fiery passion that she brings. Being able to connect with the audience, tell a story and relate to them is what makes singing her most prized possession. She believes the art of music and Theatre should be shared with all and welcomes you to her world of Entertainment.