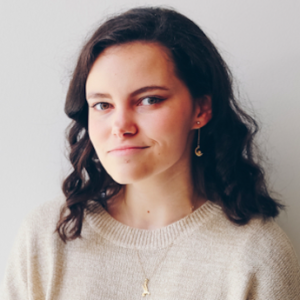 Annie Reigel was born and raised in Fort Mill, South Carolina and fell in love with performing at an early age. She graduated from Nation Ford High School in 2017, having spent her high school career as an active member of the Nation Ford High School Performing Arts Company. While completing her B.A. at Furman University, Annie joined the university improv troupe (Improvable Cause), of which she served as president from 2019-2021— an opportunity which allowed her to grow as a comedienne, actress, singer, and leader. Her tenure as president saw her performing alongside standup comedians, leading improv and acting workshops, and fostering an environment of growth and good humor among the ever-changing troupe.

In her off-time, Annie is a commission artist and contract publicist, because “the grind never stops,” and you can usually find her sipping a Starbucks Dragon Drink and watching “Whose Line Is It Anyway” reruns.