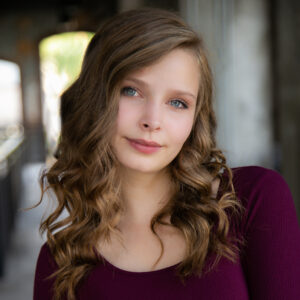 Abigail Parker Brown has been performing since the age of three when she saw her first live show and her dream of performing began. Since then, Abigail has appeared in numerous productions both on stage and on screen as an award-winning Actor and Voiceover Artist.

Abigail graduated with honors from Anderson University’s South Carolina School of the Arts with a Bachelor’s of Fine Arts in Acting.

After graduation, Abigail performed for YM360, touring the United States as an Actor and Stage Personality.

Abigail is thrilled to share her passion, dedication, and skills with students of all ages.